Representing California’s Bay Area, this is Bhangra Empire performing performing at Warrior Bhangra 2014. Established in 2006, Bhangra Empire is proud to share its roots with the Bay Area community, while showcasing its talent worldwide as one of North America’s premiere dance teams. From the White House to America’s Got Talent, from the Golden State Warriors’ NBA court to the World Series Champion SF Giants’ MLB stadium, from an overseas performance at the HMV Hammersmith Apollo in London with 5,000 viewers to an overseas performance at the Formula One Grand Prix in Bahrain – Bhangra Empire strives to set a new standard in entertainment, bring Punjabi culture to the mainstream, and take Bhangra to every corner of the world.

Warrior Bhangra 2014 was held at the Bob Hope Auditorium in Stockton California on March 29 2014. 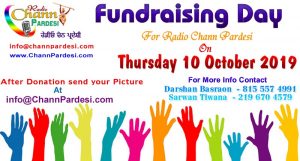